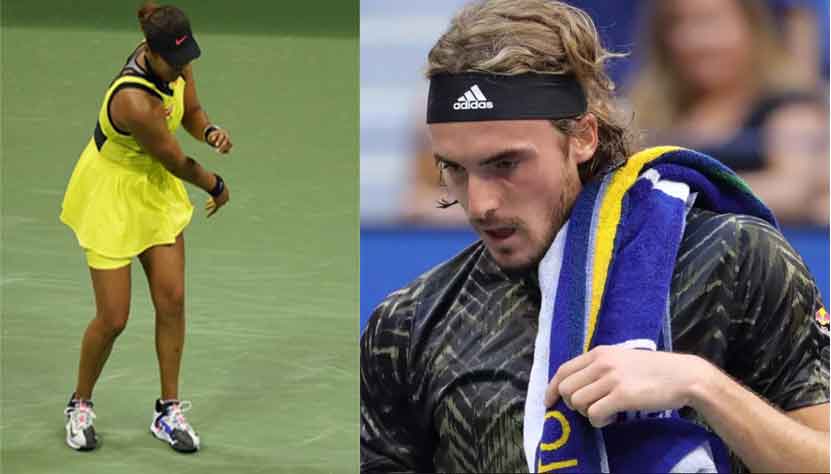 Big favorites, world no. 3 Stefanos Tsitsipas, and defending champion Naomi Osaka were taken out in the third round by two 18-year-old players, Spain's Carlos Alcaraz and Canada's Leylah Fernandez.

The surprise was up to expectations, Friday, September 3, at the US Open.


Alcaraz, the birth certificate. Aged just over 18, the Spaniard gave himself the best success of his career by defeating Stefanos Tsitsipas, world number 3, at the end of a crazy match, in the tie break of the 5th set (6-3, 4-6, 7-6, 0-6, 7-6), on the night of Friday to Saturday in France. In front of a melting crowd and after an impressive fight of 4:06, Rafael Nadal's compatriot qualified for the first time in his career in the 8th final of a Grand Slam and confirms the immense hopes placed in him. A duel of surprises now awaits him against the qualified Peter Gojowczyk.

"How do you analyze this defeat in the third round of the US Open against Carlos Alcaraz?

He started very well, he was very strong from the beginning of the first set. The speed of his ball was incredible. I've never seen anyone hit the ball so hard. I needed time to adapt. I took the time to develop my game around his. You feel like you're in control, but it doesn't go your way in the end. It's a bitter defeat, especially after an incredible fourth set from me. I was domineering, very aggressive. He played the fifth set like the first, carelessly. He engaged on every strike. I've never seen someone play a fifth set so well, honestly.

Naomi Osaka, who had skipped Wimbledon, seemed to miss her tennis, three months after her resounding forfeit before the second round of Roland Garros, where she had created controversy by refusing to answer questions from the media. She then explained it by revealing that she suffered from anxiety and that she had gone through "several depressive episodes".

"When I win, I don't feel happy, I mostly feel relieved. And when I lose, I feel very sad. All this is not normal I think. Honestly, I don't know when I'll play again. I think I'll take a break."