Covid-19: the Indian variant present in 44 countries and in all regions of the world (WHO) 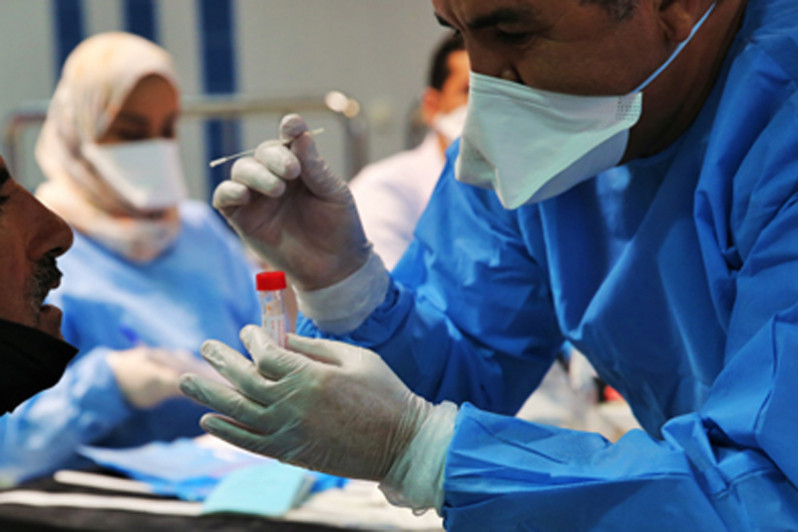 The World Health Organization (WHO) has now classified the Indian variant of Covid-19 (B.1.617) as "variants of concern" along with the British, South African and Brazilian variants.


According to the latest WHO epidemiological bulletin (May 11) devoted to Covid-19, the Indian variant has been detected in 44 countries (five more countries in a week) and in the six health regions of the world defined by the UN agency. This figure is the result of the registration of more than 4,500 sequences in GISAID, a global platform for sharing virus data.

First appearing in India in October 2020, the B.1.617 variant, appears to have higher transmission rates, including rapid increases in prevalence observed in several countries.

According to a recent WHO risk assessment in India, several potential factors could explain the resurgence and acceleration of transmission of Covid-19 in the South Asian country.

In addition to an increase in the proportion of cases of potentially more transmissible Covid-19 variants, the UN agency notes that several mass religious and political gatherings have surely increased social diversity and reported underuse and lower adherence to public health and social measures. "The exact contributions of each of these factors to increased transmission in India are not well understood," WHO admitted, however.

Nearly 23 million cases including around 250,000 deaths in India
India continues to have the highest number of new Covid-19 infections in the world. Last week (May 3-9), the country recorded more than 2.7 million new infections, an increase of 5.45% from the previous week (April 26-May 2).

Between the identification of the Indian variant in October and the end of April 2021, three mutations were identified (named B.1.617.1, B.1.617.2 and B.1.617.2). The B.1.617.1 and B.1.617.2 mutations represented 21% and 7% of samples sequenced in India, respectively. But the WHO believes that these data should be put into perspective because only about 0.1% of positive samples in India have been sequenced and recorded on the GISAID platform.

Outside of India, the United Kingdom is the country that has reported the highest number of cases where sequencing matches mutations in the Indian variant. London recently designated the B.1.617.2 mutation as a 'national variant of concern'.

Potential reduction in the effectiveness of Bamlanivimab, a monoclonal antibody
The preliminary analyzes carried out by the WHO from the sequences submitted to the GISAID platform suggest that the B.1.617.1 and B.1.617.2 mutations of the Indian variant have a growth rate significantly higher than the other variants in circulation. India, which suggests a potential increase in their transmissibilities compared to the latter.

Regarding the B.1.617.3 mutation of the Indian variant, too few sequences of have been detected to date to assess its relative transmissibility, specifies the WHO, adding that other studies suggest that the number of cases of Covid-19 increased faster during the most recent wave, when the British and Indian variants were circulating, compared to the first wave (June to October 2020).

In addition, preliminary studies suggest a potential reduction in the effectiveness of Bamlanivimab, a monoclonal antibody used for the treatment of Covid-19. They also report a potentially slightly reduced sensitivity to neutralizing antibodies.