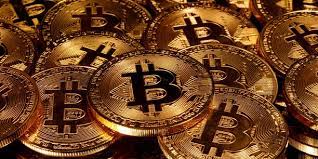 According to the predictions of a professor of trade policy at Cornell University, bitcoin (BTC) will disappear. Its disappearance could happen in a few years. However, one element could survive. Which one? According to the professor, it will be his technology, the blockchain. Blockchain will remain the legacy of cryptocurrency, Dr. Eswar Prasad revealed in an interview.


The world's best-known cryptocurrency uses a transaction validation mechanism that harms the environment. Moreover, according to Mr. Prasad, the Bitcoin network is not scalable. As a result, the chances that it can survive for many years are reduced.

If the queen of cryptocurrencies uses blockchain ineffectively, can the same be said of other digital assets? According to the professor, the answer to this question is no. According to him, other electronic currencies make a better management of the blockchain than BTC. The author of The Future of Money: How is the digital revolution transforming currencies and finance? said the promise that one day decentralized finance (DeFi) would be based on a real and well-founded mechanism is not a lie. It could be achieved provided that bitcoin (BTC) disappears.

Competition between stablecoins and CBDCs
Mr. Prasad also explained in his speech that BTC has no value. It would not really be useful as a medium of exchange. Therefore, the value that investors attribute to it by accumulating it and hoping to generate significant income would only be fictitious.

Nevertheless, the professor acknowledges that the queen of cryptocurrencies has triggered monetary competition that is characterized by the development of several stablecoins. In the aftermath, the appearance of stablecoins has pushed the central banks of several states to engage in different steps for the creation of central bank digital currencies (CBDC).

In a context of strong competition and constant innovation among financial market participants, central banks will be pushed to create new low-cost and accessible additional payment options. In this way, according to Prasad, they will help strengthen inclusion and financial stability.

During the interview, when asked about the competition allowed or not by the banks, the university professor replied that competition does exist. It is also a good thing, according to him. He finally concluded that CBDCs would remain dominant, since they are electronic currencies issued by the banks themselves.

In the last 24 hours, the value of BTC has risen by 2.78%. At the time of writing, it is $50,429.45. This situation makes several experts believe that the cryptocurrency will return to the path of growth in the coming years, but for other people, nothing guarantees it. On the contrary, according to Dr. Eswar Prasad, BTC must disappear.